Forests provide Finland with national parks and beautiful foliage, especially during the autumn when the leaves change colour. The woods also provide the country with raw materials for its main industry.

Would there be wealth in Finland without forests? Over the past decade, globalisation and societal changes have greatly affected the Finnish forest industry. In a three-part series, we check out where the industry came from and where it’s heading.

The wealth of Finland derives from its forests – or more precisely, from its wood-processing industry. The forestry branch has definitely played the most important role Finland’s industrialisation, trade and foreign export. Forestry has provided a livelihood for more Finns than any other industry in the country since its independence in 1917.

Globalisation and structural changes in society have influenced the Finnish forest industry radically, especially over the past decade. In Finland globalisation has had two major effects: Smaller enterprises have merged with the largest companies, and the industry has moved a huge portion of its production abroad. 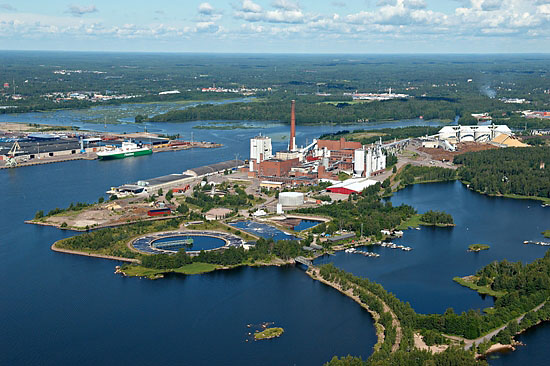 The modern-day forest industry is better at taking environmental aspects and biodiversity into account during timber harvesting and reforestation.

Bioenergy, bio-oil and other innovations form significant new segments of the industry alongside older, traditional segments such as paper, pulp, timber and wood products.

How it all began 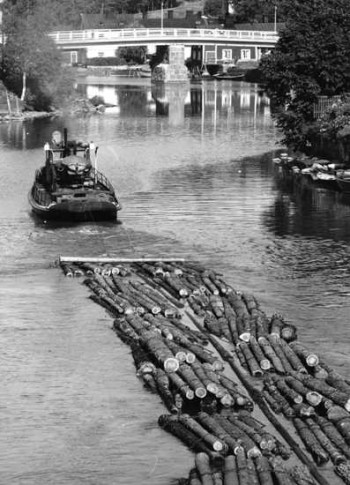 Finns have tended their forests for centuries, but the wood processing industry began to boom in the 1800s (photo from the 1960s).Photo: T. Kaivola

The Finns were shipping firewood to Stockholm, Sweden and Tallinn, Estonia as early as the Middle Ages. Roundwood was also sold to neighbouring countries at very early dates. In the 1600s tar, which is produced from wood, became Finland’s primary export. Explorers from all over Europe needed it for their journeys. The tar business created a whole new bourgeois class of tar merchants in Finland.

The first water-powered sawmills were built in Finland in the 16th century and the first manually powered paper mill was established about a century later, in 1667.

The real boom of the wood processing industry gained speed when steam power was broadly introduced in the mid-1800s. Steam power made sawmills and papermaking into such a flourishing industry that, by the arrival of the First World War, Finland contained about 600 sawmills, 25 paper mills,17 pulp mills and three plywood mills.

By the time Finland gained its independence in 1917, approximately 75 percent of Finland’s exports came from forest industry.

In the early 1900s the forest industry brought wealth into the country and catalysed the development of other industrial branches. The Second World War brought a crucial change. Finland was obliged to pay the Soviet Union enormous war debts between 1944 and 1952. 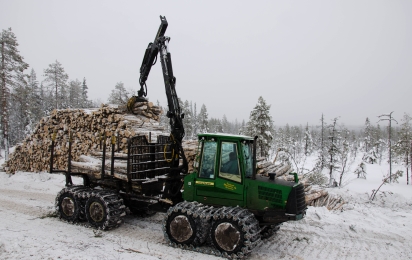 Nordic pine and spruce offer the most durable material for making paper and grow only in northern latitudes, ensuring that Finland will always have a forest industry.Photo: UPM

The Soviets wanted the payments mostly in the form of metal industry products such as boats, locomotives, engines, machinery, tools and 30 fully equipped factories. This forced the metal industry to progress, so that in 1949 Finland had the most modern dockyards and foundries in all of Scandinavia. As a result, the metal and chemical industries pulled ahead of forestry in the 1980s in terms of both turnover and export value. The electronics industry took the lead in the late 1990s.

Since 2000, global trade and structural changes in society have exerted a large effect on the forest business in Finland. In recent years the three biggest forest companies in the country – Stora Enso, UPM and Metsä Group – have moved more than half of their production abroad, first in the 1990s to central Europe, then to the US in the early 2000s and to Latin America and China in the late 2000s.

Even though approximately 60 percent of the pulp and paper industry has been moved abroad, about 95 percent of the sawmill industry remains in Finland. Research and development operations and new biofuel factories are also located there. Finland has the biggest paper-machine manufacturer in the world, Metso, and one of the biggest forestry machinery manufacturers, Ponsse. 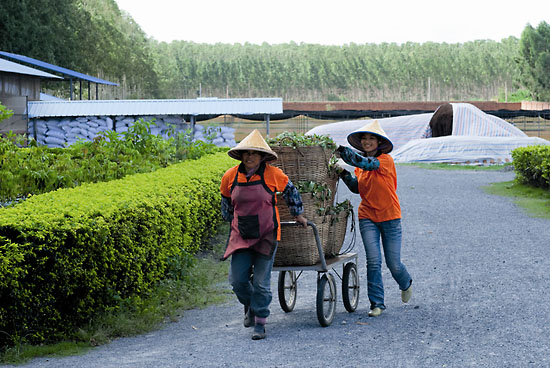 Moving seedlings at a tree nursery in Guangxi: Finnish forestry companies have established a presence in China.Photo: Stora Enso

Two logical reasons explain why Finnish forest companies have moved most of their paper and pulp production to faraway destinations such as China and Latin America.

The reasons are eucalyptus and the market. Eucalyptus grows in both places and provides quick, low-priced wood fibre. At the same time both places are among the largest future markets for paper products, so savings are also made in transportation costs.

However, the paper and pulp industry will never disappear completely from Finland. The tough fibre of Nordic pine and spruce is the most durable material for making paper, and grows only in northern latitudes.