From cars to trash cans, objects are now online. We meet two Finnish firms that are creating uses for the Internet of Things.

Nuts and bolts on the net: The Thingsee One device (middle right) is used to make physical objects part of the Internet of Things.

From communicating with garbage cans to tracking rally cars, Finnish companies are finding unique approaches to the Internet of Things.

It’s Monday morning and the trash cans are talking. It was a long weekend and the bins say a lot of waste has been generated. They say more than that, too. They report their internal temperatures and even predict when they will be completely full.

Not all garbage bins are equal. In a quiet retirement community, a can may take a week to fill up, but another in a big block of flats may overflow daily. This is a goldmine of information if you want to run a city’s waste services efficiently, and this is where the Finnish company Enevo is finding its niche.

“Typically our customers operate on fixed schedule-based routes, which means the haulers visit the same bins on a particular day regardless if the bins need servicing or not,” says Pirkka Palomäki, Enevo’s chief operating officer. “We offer a full solution from sensors to navigation in the trucks. We also learn from history and provide a forecast, kind of like a weather forecast of waste.”

The company is generating press around the world for their ingenious solution to an old problem. Global investors have also been interested, and Enevo has received funding from Silicon Valley venture capitalists, Finnish Industry Investment and Nokia chairman Risto Siilasmaa. 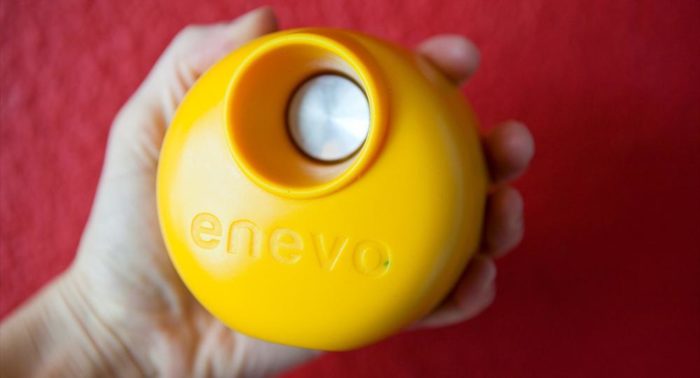 Enevo’s service is an example of the Internet of Things (IoT), the network of physical objects that are embedded with electronics and connected to the internet. The big IoT evolution lies not only in sensors that collect data or transmitters that send it, but also in how that information is used.

It’s relatively simple to imagine a trash bin that measures how full it is. But imagine a city with thousands of bins filling up at different rates, dozens of garbage trucks and millions of potential collection routes. Enevo tells its customers the most efficient way to empty the bins.

“The core of our data analytics is making the most out of savings, meaning fewer trucks on the road, less CO2 emissions and significant savings in the operation,” says Palomäki.

With a little imagination, you can see their solution being used for all sorts of deliveries and collections, but Palomäki says right now they are focused on waste management. “There are obviously many applications that we can address later on,” he says. “At this stage it is important that we stay focussed and provide the best solution.” 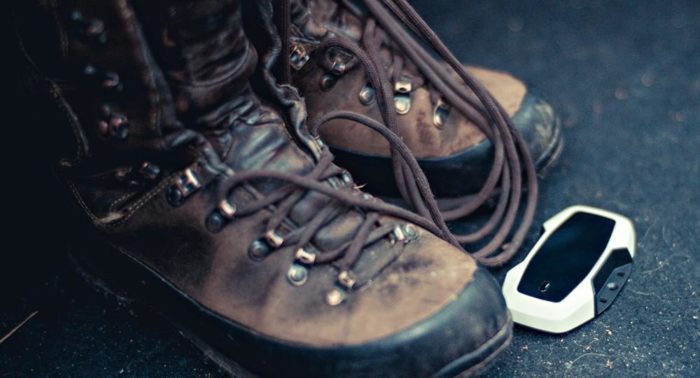 Thingsee One allows users, wherever they may wander, to invent applications that expand the Internet of ThingsPhoto: Thingsee

While Enevo concentrates on a single aspect of the IoT, another Finnish company is taking the opposite approach. Based in the northern city of Oulu, Thingsee creates the hardware and mobile application, and how it is used is up to you. The device includes a GPS locator, gyroscope and magnetometer. Sensors register light, pressure, temperature and humidity.

“I have seen some pretty cool innovations,” says cofounder Ville Ylläsjärvi. “One was an off-road application for a car. To call it ‘interesting’ is too mild a word.”

With the Thingsee One device, a rally car can send data to its support team about acceleration, speed, location or even its tilt. Other ideas Ylläsjärvi has seen include an alert when the mailman arrives and a tracker for a hobbyist’s balloon.

The whole project is built upon openness and flexibility, he says. People interested in development can create software on the open-source platform. The device can be used by a technical novice in a hobby project or by professional developers who want to test an idea. Its versatility is not just for curious individuals. One of the largest potential markets is companies building their own IoT offerings.

Dancer, choreographer and filmmaker Ima Iduozee has gained international acclaim and travelled around the world, but Helsinki is dear to him. (Article includes video clip.)