Films are shown in four venues for 24 hours a day.

Imagine a relaxed movie festival in an exotic setting with a sunlight round the clock. Welcome to The Midnight Sun Film Festival, where top directors, up-and-coming talent, an international audience and everyday folk come together under the midnight sun. No frills, just pure love for cinema.

This festival takes place in Sodankylä, a village located in the heart of Finnish Lapland, some 120 kilometers into the Arctic Circle. Films are shown in four venues for 24 hours a day – timeless masterpieces are presented alongside the most engrossing contemporary films, and music films are taken to a new level in the karaoke screenings. 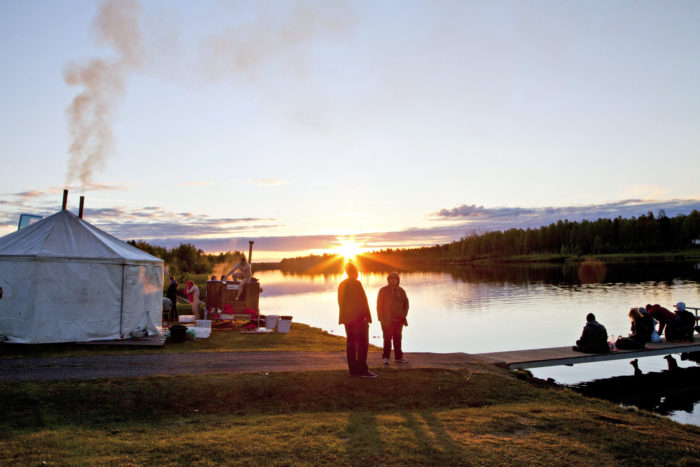 As dark as it gets.Photo: Jonne Sippola

In 2015, a year before turning 30, the festival was acknowledged with the first EFFE Award as “one of the twelve trend-setting festivals in Europe”. It was said to boast one of the most unusual atmospheres of any festival in the world, which is understandable when you consider that the famous Kaurismäki brothers are amongst the festival’s founders.