The nature of Helsinki

Our photos show that you don’t have to leave the Finnish capital to find greenery and peaceful scenery.

Helsinki parkland, waterways and more: We bet you won’t believe what our photographer found within the city limits of the Finnish capital (see slideshow below).

We could go on and on about how close Helsinki is to woods, water and wildlife, and how you don’t even have to leave the capital to find greenery and peaceful, relaxing scenery.

However, a picture is worth something like 999 words and this article has already used up 49, so without further ado, we direct you to the 12 great shots in the slideshow below. After you view them, you’ll come out almost 12,000 words ahead. 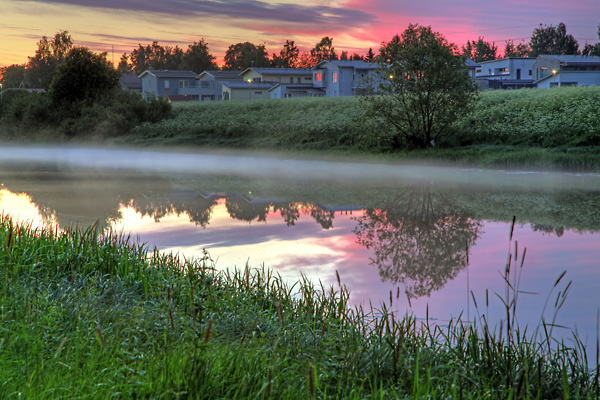 Helsinki, a city of 580,000 in a metropolitan area of 1.25 million, is located close to the water and includes large green areas that are closer to wilderness than to parks. Day breaks over the misty Vantaa River. Photo: Tim Bird 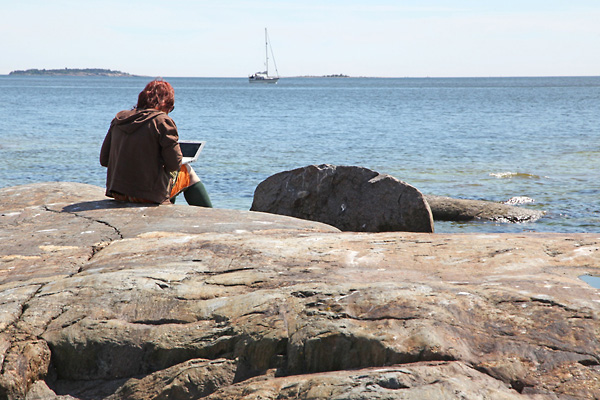 City on a peninsula: Turn your back to the town and there's nothing in front of you but the ocean – and your laptop. Photo: Tim Bird 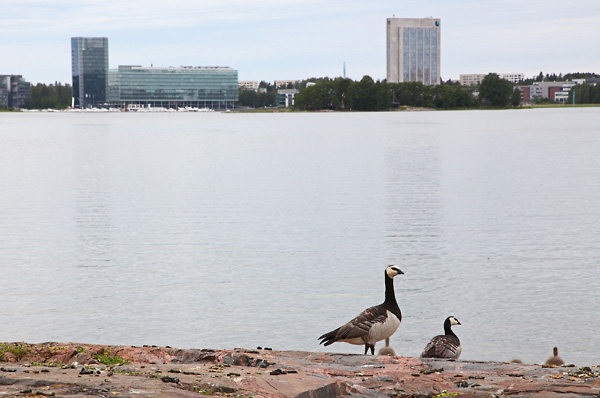 These barnacle geese are raising their goslings across the bay from energy company Fortum's main office tower. Photo: Tim Bird 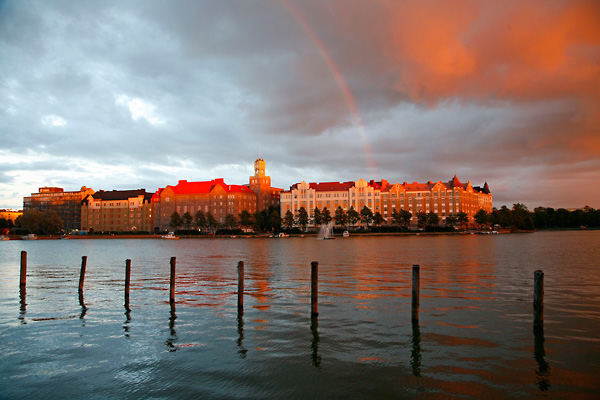 Hakaniemi from across the water: You know, from this angle, it looks like the end of that rainbow must be very close to thisisFINLAND’s offices. Photo: Tim Bird 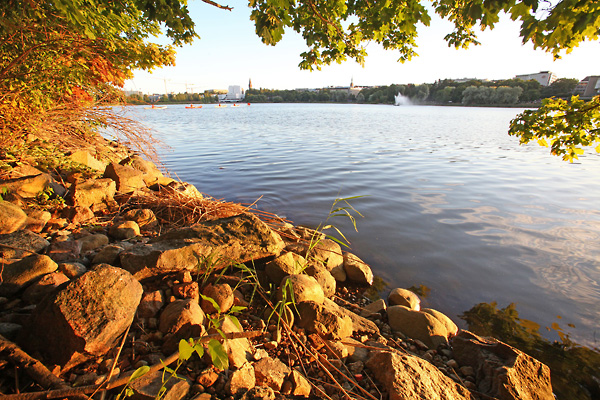 How about viewing Alvar Aalto's Finlandia Hall from a canoe on Töölö Bay (background, left of centre)? It's hard to believe that this photo was taken in the heart of the city. Photo: Tim Bird 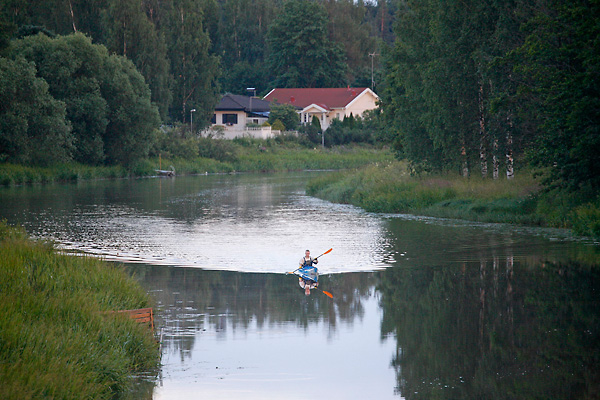 Or go kayaking on the Vantaa River, inside the city limits just a few kilometres away from downtown. Photo: Tim Bird 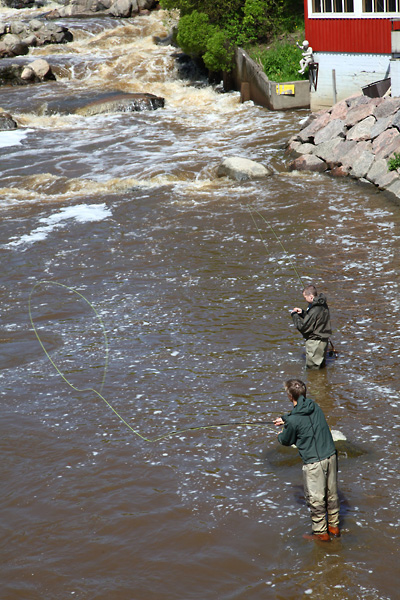 You can cast a line into the Vantaa River by an old power station, now a museum, in historic Vanhakaupunki (Old City), where Helsinki was founded. Photo: Tim Bird 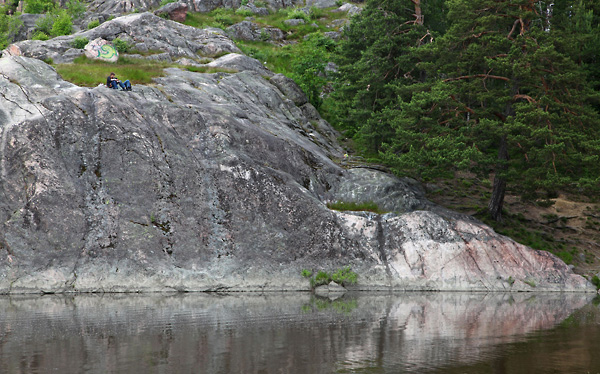 The only thing that gives this picture away as an urban landscape is the bit of graffiti on a rock in the upper left-hand corner. Photo: Tim Bird 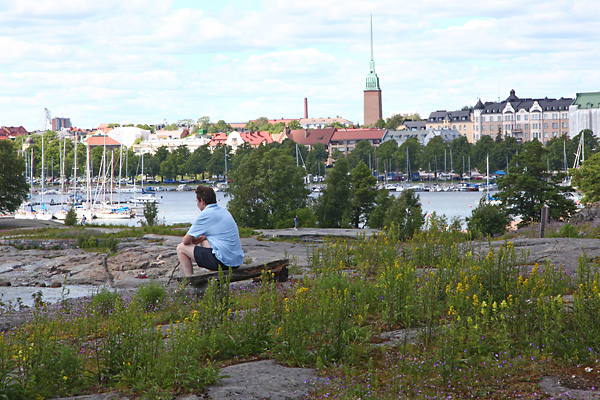 Take a short ferry ride to the island of Harakka (Magpie), just south of the city, for a new perspective. Photo: Tim Bird 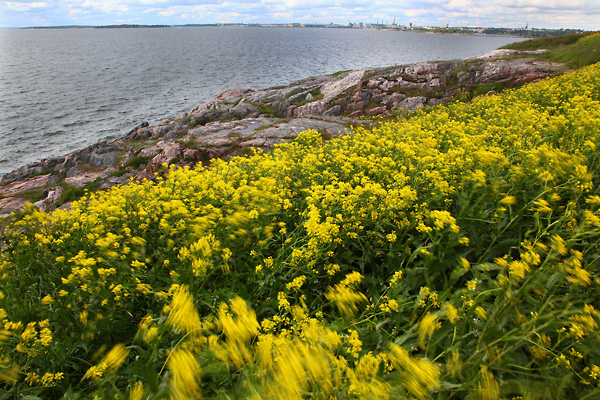 A bit farther out, the island fortress of Suomenlinna forms a gate to Helsinki Harbour, with the towers of the city visible in the distance in one direction and the open sea in the other. Photo: Tim Bird 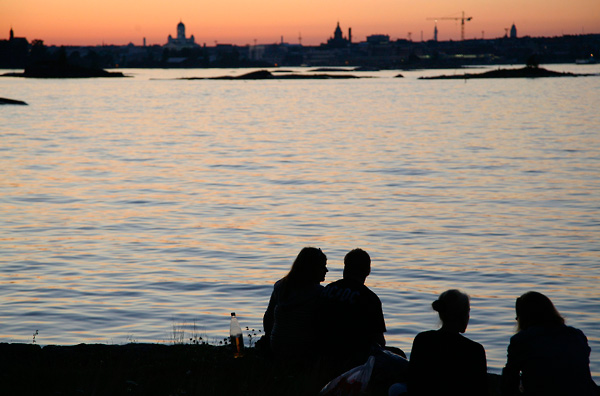 Suomenlinna offers an atmospheric setting for a picnic; you can feel close to nature and close to the capital’s cathedral turrets at the same time. Photo: Tim Bird 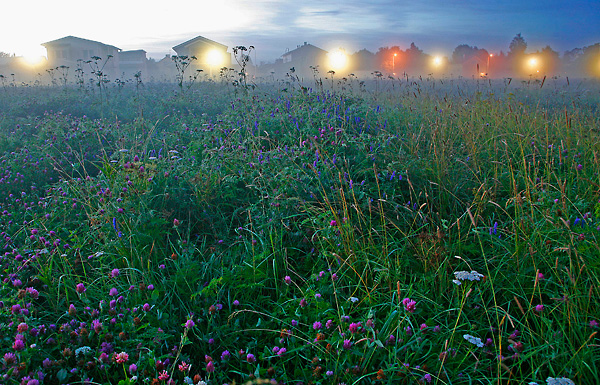 Wildflowers, like everyone else in Helsinki, take advantage of the short-but-sweet summer, spreading their colourful, miniature jungle over any patch of available urban real estate. Photo: Tim Bird