Pre-election polls showed indications that Juha Sipilä, a fresh face on the Finnish political scene, and his conservative Centre Party would walk the corridors of power.

What should you expect to see during and after the 2015 Finnish parliamentary election? Unto Hämäläinen, a political reporter at Finland’s largest daily, Helsingin Sanomat, makes it all easy to figure out.

Finnish parliamentary election takes place on April 19, 2015. Right after that, the parties commence negotiations to form a coalition government, which can probably get down to business as early as May. A new Parliament is elected every four years, and according to established practice, the government coalition sticks together for the whole four-year term. Traditions notwithstanding, changes took place in the government in 2010, a year before the previous election, as well as in 2014, but in both cases the new government continued to follow the same programme until the end of the term. In the run-up to the 2015 election, the government of Prime Minister Alexander Stubb of the moderate conservative National Coalition Party consists of two large parties (the National Coalition and the Social Democrats) and two small parties (the Swedish People’s Party and the Christian Democrats). These four parties possess an exceptionally narrow majority: 102 members of the 200-member Parliament. 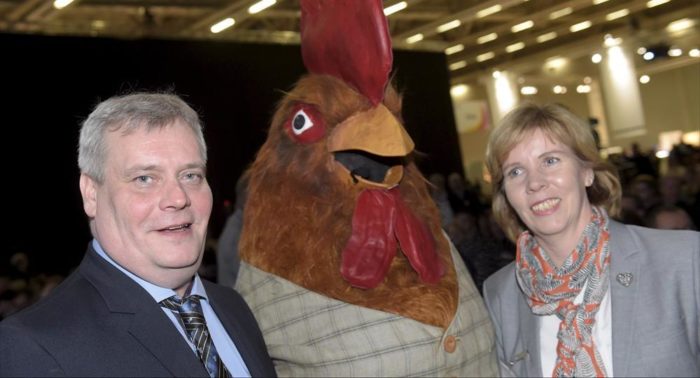 It seems clear that cooperation between the National Coalition and the Social Democrats cannot continue in the new government. Relations between the two parties have been on the rocks, especially during the year preceding the election. Social Democratic party chair Antti Rinne, also Minister of Finance prior to the 2015 election, has said publicly that he considers it unlikely that the two parties could work together in the post-election government. A poll by Finnish national broadcasting company Yle found that both parties have lost some support. Based on that survey, the big winner in 2015 is shaping up to be the conservative Centre Party, which is projected to receive 56 places in the Parliament, 21 more than previously. After losing 16 places in 2011, the Centre spent 2011 to 2015 as part of the opposition. The Centre Party’s companion in the opposition was the populist “Finns” Party, which won 39 seats in 2011, a jump of 34 that made it the biggest winner on the day. Despite posting an exceptionally good result, the “Finns” remained an opposition party because of their strong disagreement with the EU’s support of Greece and Portugal. As far as 2015 is concerned, the “Finns” and their chair Timo Soini have announced that the party would be ready for the responsibility of being part of the government coalition. Their chances are good if the party can maintain the support it enjoyed during the previous election. The polls say that the “Finns” have lost just a little bit of ground. 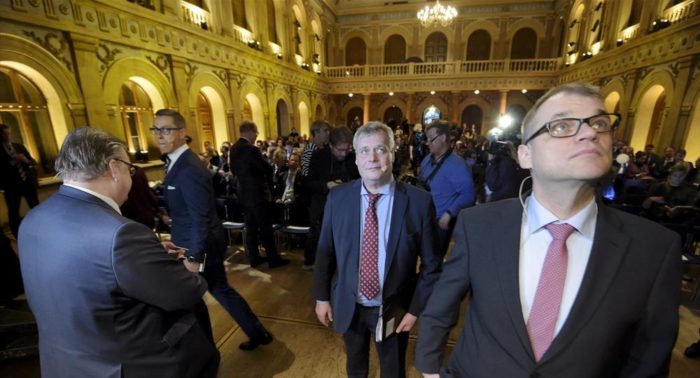 It’s probable that Finland will see a government made up of three large parties, totalling about 120 seats. If the opinion polls are right, Finland’s next prime minister may be Juha Sipilä of the Centre Party, a fresh face on the Finnish political scene. Sipilä was first elected to Parliament in 2011 and became party chair a year later. The 54-year-old previously worked as a managing director and entrepreneur in the IT business. The Centre would have to choose two partners out of the other three parties that have large followings – the “Finns” Party, the Social Democrats and the National Coalition. One of the three will find itself in the opposition. Some of the smaller parties can top off the government, as has been the practice in Finland for decades. For example, the Swedish People’s Party has been in the government for 36 years, although it only has ten members of Parliament. The foremost challenge for the new government will be the economy. According to the Ministry of Finance, the Finnish national economy is in an “extremely difficult situation.” Very slow growth is predicted for the 2015–2019 term. Finnish exports are likely to suffer in coming years as a result of Russia’s weak economic situation. The Bank of Finland estimates a 4.4 percent decline in the Russian gross domestic product during 2015 if oil prices don’t change. Professor Pekka Sutela of Lappeenranta University of Technology in eastern Finland is a Finnish expert on the Russian economy. He estimates that Finnish exports to Russia could fall by half. In recent years, Russia has accounted for 8 percent of Finland’s total exports.

An unsurprising need for budget cuts 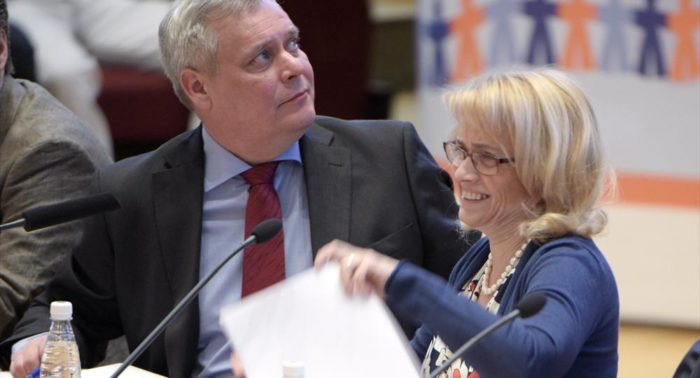 Weak economic growth would mean the Finnish public economy remaining at a deficit for the whole of the next parliamentary term. The Finnish state would continue to accumulate debt. It’s estimated that, by 2019, state debt could rise to 124 billion euros, equal to 53 percent of the gross domestic product. Going into the election, the budget deficit stood at a little less than 100 billion euros. The new government must achieve big public-economy spending cutbacks. Education, social programmes and healthcare form the largest expenditures in the Finnish state budget. All the major parties have announced that they are ready to make several billion euros’ worth of cuts to budget expenditures. The National Coalition Party has proposed tax cuts in addition to the budget cuts. This idea is supported by the Federation of Finnish Industries as well. The Centre, the Social Democrats and the “Finns” don’t support big tax cuts, and are prepared to keep tax rates unchanged. It’s probable that the new government will make decisions about budget cuts right at the beginning of the term, but that they will be carried out towards the end of the term in 2018 and 2019. Many experts on the economy have recommended building such a delay into the way budget cuts take effect, so that domestic demand will not drop off.

To Nato or not to Nato? 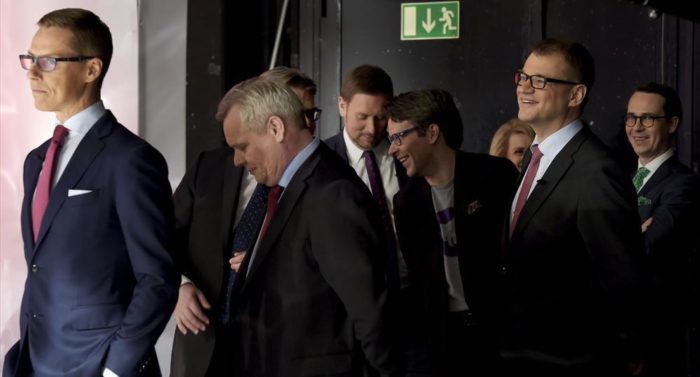 Only one sector can be sure that it won’t experience cuts. The parties all believe that defence spending will increase significantly in the next few years. “Our security policy operating environment has changed,” said Prime Minister Alexander Stubb in a speech on March 24, 2015. “We must remain vigilant.” Finland has started negotiations with Sweden about defence cooperation. The aim is not to construct a military alliance, but rather to seek synergies and develop peace-time cooperation. When the new government writes its government programme, it is set to include a mention of cooperation with Nato. Since 1994, Finland has been in Nato’s Partnership for Peace, and aims to continue active cooperation with Nato. However, Finland won’t be pursuing Nato membership, at least not anytime soon. Out of the larger parties, the Centre, the Social Democrats and the “Finns” do not support membership, while the National Coalition does. Among the smaller parties, the Left Alliance, the Greens and the Christian Democrats are against membership, but the Swedish People’s Party is for it.

By Unto Hämäläinen, April 2015