See why Finland places second on the global Good Country Index. It’s about the greater good of humanity and the planet.

On the right path in Helsinki: The Good Country Index places Finland second overall and third in the prosperity and equality category.

Finland places second on the global Good Country Index, published for the first time in June 2014. Good going! It’s all about the greater good of humanity and the planet.

Everyone knows that there’s no such word as “goodest” in the English language. Yet Finland is the second-“goodest” country on the planet overall, right after Ireland, according to the new Good Country Index, which “tries to measure how much each country on earth contributes to the planet and to the human race”. The index combines 35 different indicators from the UN, the World Bank, the Basel Convention, the Global Footprint Network and other international NGOs and institutions. Finland outpaces its Nordic neighbours Sweden, Norway, Denmark and Iceland, who place sixth, eighth, ninth and seventeenth respectively. Independent policy advisor Simon Anholt authored the study together with scholar Robert Govers. “We live in an age where the impacts of everything we do are always felt around the world, and we need to start taking responsibility for those impacts,” says Anholt. “The Good Country Index is a tool that can help start this process.”

The good in “goodness” 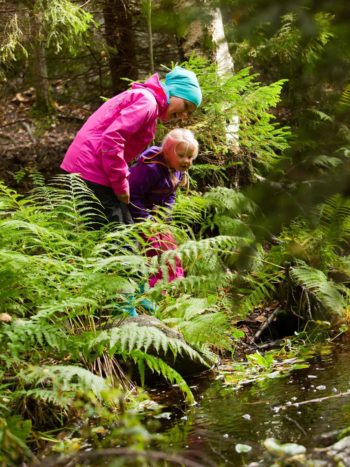 How exactly do they measure “goodness”? The data used for the index fall into seven categories: prosperity and equality (where Finland is number three); science and technology (seven); health and wellbeing (12); world order (12); planet and climate (14); culture (18); and international peace and security (53). The datasets include humanitarian aid contributions; the number of foreign students studying in the country; the number of Nobel Prize winners; and exports of creative goods and services. Negative indicators also exist, and can bring a country’s score down: carbon dioxide emissions and exports of hazardous waste, for example. In order to level the playing field for smaller or poorer nations, most of the Good Country Index indicators are calibrated relative to GDP. “What’s a good country?” asks Anholt. “A country that manages to reconcile good governance at home with a real and constant contribution to the greater good of humanity and the planet.” He sees the index as a catalyst that can help bring issues “to the top of the agenda” without making moral judgements. “It’s time to stop telling our governments we want to live in a successful country,” he says. “We need to demand to live in a good country – one that treats the rest of humanity and the planet with respect.” It’s for the greater good.