Capital shopping with a social conscience

The heart of Helsinki boasts a high density of shops all within walking distance of one another. A broad range of Finnish and international eco-friendly brands is on offer, whether you’re in the market for design, clothing or giftware.

Consumers today are increasingly environmentally aware; they want to ensure that their prospective purchases have been ethically and ecologically made. Buying local, a movement that started with food, has spread to other industries, as has the idea of investing in quality rather than disposable mass-manufactured goods. The latter is a concept that took root in Finland more than half a century ago.

The Finnish capital (population half a million, 1.3 million in the greater Helsinki area) offers a great selection of boutiques and shops with a decidedly green approach. As many are concentrated in clusters in the downtown core, you can easily make a walking tour.

End-of-season sales take place in the January–February and July–August periods, after two of the most important holidays on the Finnish calendar: Christmas and Midsummer.

From Finland with style 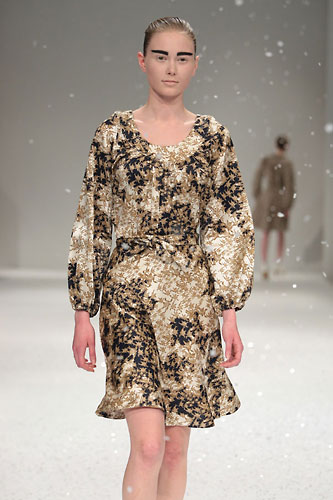 Made in Finland: IvanaHelsinki was the first-ever Finnish name in the prestigious Paris Fashion Week.Photo: Tuomas Peltomaa

In the past decade, Helsinki has landed on the global shopping map for style-conscious and sustainability-conscious travellers. Many home-grown talents have made their mark internationally.

Paris-based designer Anna Ruohonen received an ecological award from the Finnish edition of Elle magazine for her custom-order clothing for men and women, and Paola Suhonen’s IvanaHelsinki, an ethically made-in-Finland label, was the first-ever Finnish name to be invited to the prestigious Paris Fashion Week.

Globe Hope, now with two stores in Helsinki (Mannerheimintie 22–24 and Aleksanterinkatu 28) is one of the city’s best examples of consumer sustainability. Everything in the shop has been made from material headed for the garbage dump: Computer keyboards are retuned as key chains, old zippers as attractive brooches and vinyl records as fruit bowls.

Just off of Fredrikinkatu, OVVN (Iso Roobertinkatu 17–19) showcases clothing and accessories by hip young Finnish designers including Miia Halmesmaa and Hankala. Many of the items are made from recycled fabrics and are handmade, one-off pieces.

On nearby Uudenmaankatu you’ll find IvanaHelsinki (Uudenmaankatu 15) the clothing and accessories label started by one of Finland’s best-known designers, Paola Suhonen, and her sister Pirjo long before sustainability became a buzzword. Their philosophy is based on operating ethically and causing the least possible harm to the environment.

There’s an argument to be made for investing in high-quality goods, items that are considered to be luxurious because of their cost and craftsmanship. Well-made items last longer; in the long run they can be less expensive. For example, one pair of well-fitting quality shoes that last can be less expensive than several pairs of cheap, ill-fitting shoes.

The youthful shops that line Erottajankatu include My o My (Erottajankatu 9 courtyard), which has a clever interior design and carries clothing by Alexander McQueen, Tsumori Chisato, Vanessa Bruno and Pedro Garcia, as well as giftware and accessories.

Beam (Erottajankatu 15–17) stocks APC, Acne, Helmut Lang and Marc by Marc Jacobs, while Urban a* (Erottajankatu 1–3) carries many quality Scandinavian brands, such as Malene Birger, Bruuns Bazaar and Stylesnob, and their own line of handmade jewellery at reasonable prices. 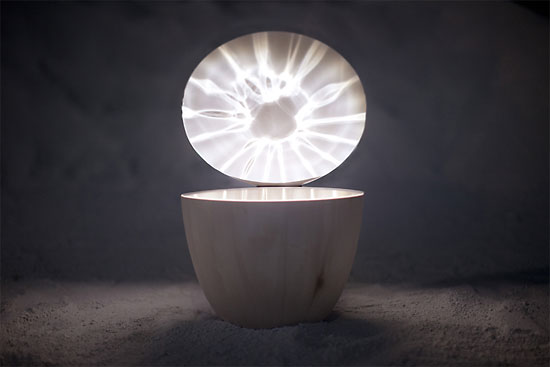 Also on Erottajakatu, which is part of the city’s official Design District, you’ll find Design Forum Finland (Erottajankatu 7). DFF carries a wide range of the newest in design, from giftware to items such as notebooks, lamps and jewellery.

Down the street and around the corner, there’s a concentration of shops that reflect Finland’s strong design heritage along the Esplanade, Helsinki’s most picturesque and touristy boulevard.

Well before environmentalism became an international trend, architect and designer Alvar Aalto (1898–1976) – Finland’s Frank Lloyd Wright – and his wife Aino were among the cofounders of Artek (Eteläesplanadi 18) in 1935. They designed furniture and houseware based on the idea of functionality and timeless aesthetics. Many of the couple’s designs are still in production today.

Throw away – no way

Across the street at another Finnish design classic, glass and cookware manufacturer Iittala (Pohjoisesplanadi 25) supports a veritably green idea with their “Against throwawayism” slogan. Invest in a well-made design classic such as a set of drinking glasses that will bring you daily enjoyment, last almost forever, and retain its value rather than buying cheap, poor quality drinking glasses that need to be replaced every year or two.

On the same side of the Esplanade is Marimekko (Pohjoisesplanadi 33). Marimekko, founded in 1951 and one of Finland’s biggest international design hits, has long held the philosophy that high quality, longevity and a strong design ideology are integral to its home textiles, clothing and accessories.

And finally, for shoppers who want a one-stop solution, Stockmann (Aleksanterinkatu 52), known affectionately as the Harrods of Helsinki, features eight floors of department store shopping under one roof, including many of the brands mentioned above, such as Tiia Vanhatapio, Iittala and Marimekko.