Stuck on the feeling

We in Finland are the first in the world to publish our own set of country themed emojis. The Finland emojis are part of our Christmas calendar. FINemojis illustrate Finnish emotions and strengths, as well as vices.

It’s freezing outside. You have so many layers of clothes on that you feel like a Michelin man. You don’t feel like moving. So you just stand. But hang on, there’s a hand rail, or a light pole, you notice. It’s metal. What would it taste like, you wonder. You take your tongue out of your mouth and decide to lick the pole. Just a little bit, just to get the taste. Just for fun.  And then you’re – stuck!

‘Stuck’ – a familiar feeling for us Finns. Usually we try our luck with licking the metal as a child. But how will you get your tongue off the pole? Well, that’s a different story. Ask a Finn. 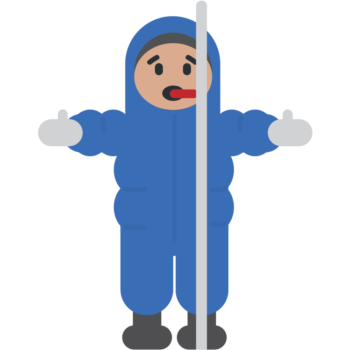 Even a Finnish child knows you shouldn’t lick anything made out of metal when it’s freezing outside.ThisisFINLAND / Bruno Leo Ribeiro

Stuck is one of the feelings featured in the ThisisFINLAND Christmas calendar. The main role in the calendar is played by emojis this year. All the emojis are available to download for free on Android devices from the Google Play store and later this month they will be available for iOS devices from the App Store. The emojis can also be downloaded for all devices as images from the Christmas calendar site xmas.finland.fi. In addition, the emojis are featured in the following third party applications: iMoji, Jongla, Futurefly and gotIT.

Even though the entire collection of 29 emojis will be available for download at once, the Christmas calendar will provide a short representation of each of the emoji backgrounds every day. At the end of the month a final special, 30th emoji will be published as a New Year’s gift.  The emoji calendar can be followed at xmas.finland.fi and the social media channels of ThisisFINLAND (Facebook, Twitter and Instagram).

The Christmas calendar is available in thirteen languages, including all of the usual ThisisFINLAND languages plus Japanese, Arabic, Korean, Hindi, Polish and Turkish. The emojis are drawn by Art Director Bruno Leo Ribeiro.