By the end of 2018, Critical Force’s online first-person shooter game Critical Ops had been downloaded more than 50 million times worldwide.

The roots of the company are at Kajaani University of Applied Sciences, where Piirainen used to work as a senior lecturer. In 2006, he founded the university’s game development curriculum, which supplies the company’s multicultural staff with young talent. 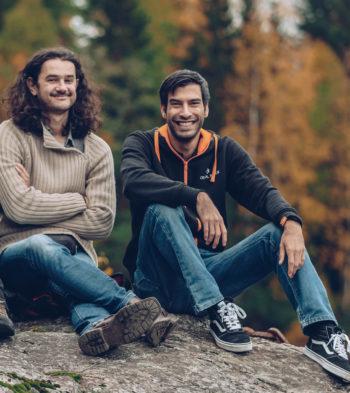 Dawid Chemloul (left) and Nicky Pelupessy are part of the team at Critical Force.Photo: Anu Kovalainen

Mobile esports is still a niche market, but it has lots of potential, with top-grossing games making up to two million dollars in revenue per day.

In 2016, Critical Force raised a four-million-euro seed investment from the South Korean video game publisher NHN Entertainment, with whom they later partnered. This led to the establishment of a subsidiary in Seoul.

“NHN Entertainment saw the potential of our game, especially for the Asian market,” Piirainen says. The result is a retailored, localised version.

In 2018, Critical Force raised 5.4 million euros in funding from Business Finland. The funds are going towards developing the company’s technology and organisation further.

“Five years from now, we want to be a recognised and respected brand and a trendsetter for competitive mobile game titles,” says Piirainen.