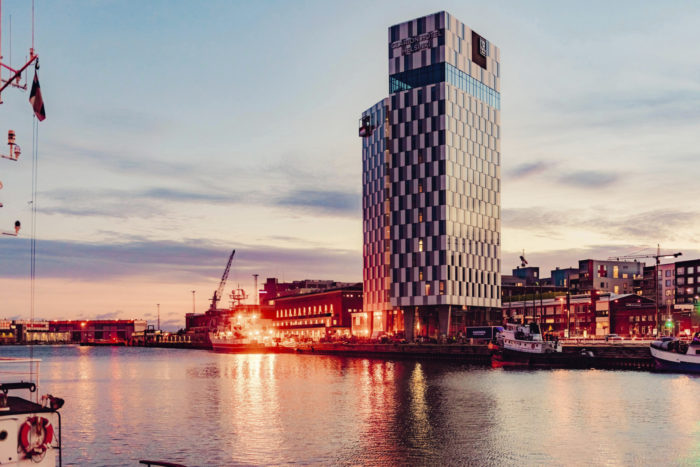 Since opening its doors in October 2016, Hotel Clarion Helsinki has become a true landmark. Contributing two prominent towers to the capital’s skyline, the hotel also encompasses a conference centre. Check out the sky bar and the open-air swimming pool on the rooftop terrace. 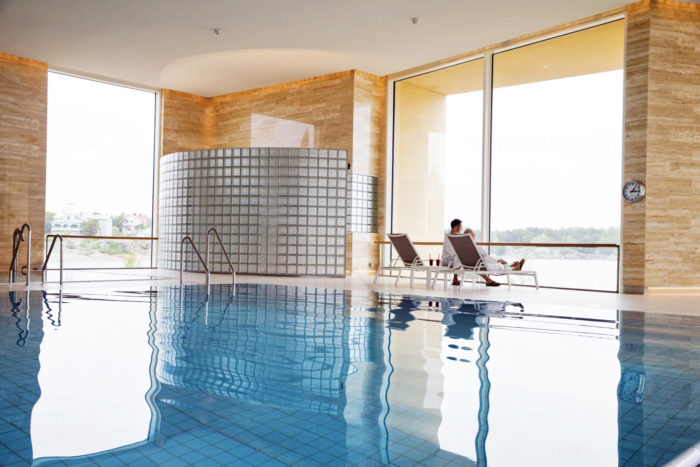 Hanko, a town at the southernmost tip of Finland, is known as the Finnish Riviera – and Regatta Spa is certainly a good fit for its sunny seaside neighbourhood. The new spa resort features saunas, swimming pools, beauty and wellness treatments, yoga sessions – and, of course, a beautiful poolside view of the beach.

Living it up with the Moomins 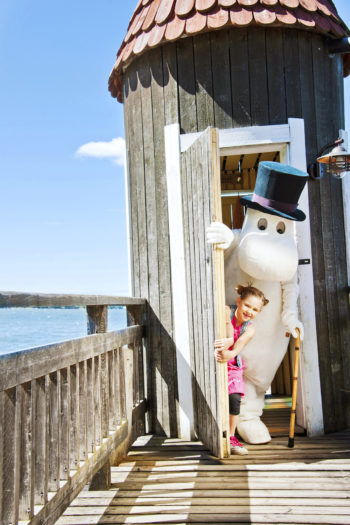 Naantali is big on summer fun – thanks to the sun, the sea and the Moomins, characters from Swedish-speaking Finnish author Tove Jansson’s famous books and comic strips. They come to life at the southwestern tip of the Finnish mainland in a theme park known as Moomin World. Hotel Palo provides a delightful base in the middle of the action. 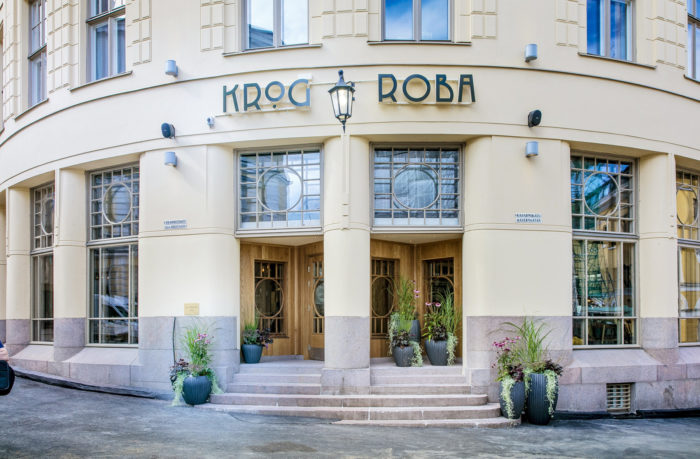 Opened in 2015 in a former police station (which used to be a power plant before that), Hotel Lilla Roberts is located in the heart of Helsinki in a building designed by Selim A. Lindqvist, one of Finland’s most renowned Art Deco architects. 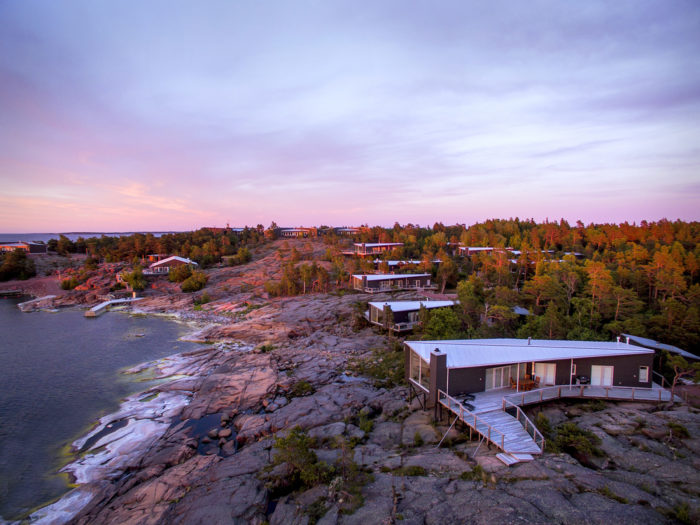 Finland’s autonomous Åland Islands, an archipelago located between Finland and Sweden, are likely to leave a lasting impression on visitors. Havsvidden offers a choice between the main hotel and individual villas located on seaside cliffs. Every villa has its own sauna! 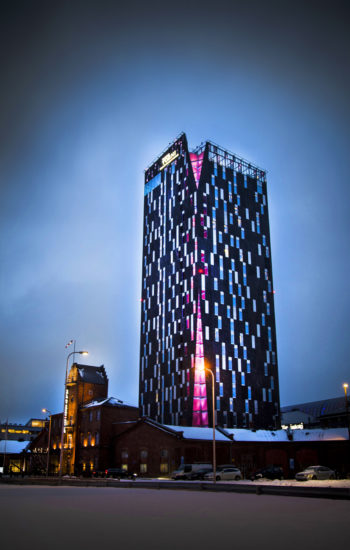 This landmark in the central western city of Tampere reaches 88.5 metres (290 feet) into the sky. The 25-floor Hotel Torni Tampere (torni actually means “tower”) provides a great view of the surrounding city and landscape. Innovative lighting makes the building an inviting beacon even in the dark of winter. 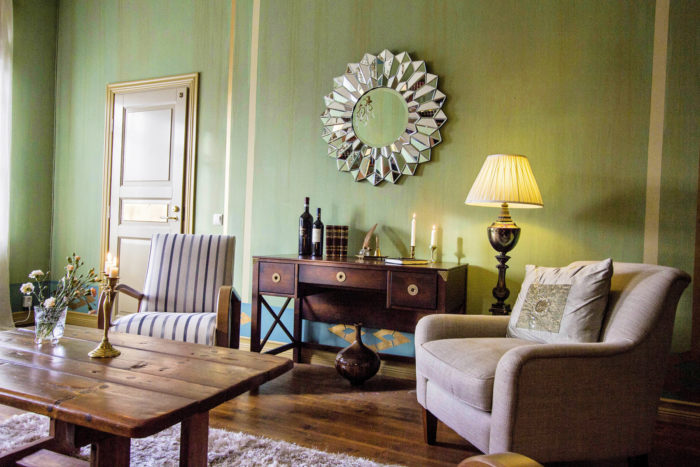 The town of Porvoo, less than an hour’s drive east of Helsinki, is drenched in history – and Boutique Hotel Onni has plenty of its own, too. Located in the heart of Old Porvoo, the hotel is actually an 18th-century manor house, with all its rooms paying tribute to the old days. Onni means “happiness” or “luck” in Finnish.

Let’s get this party started 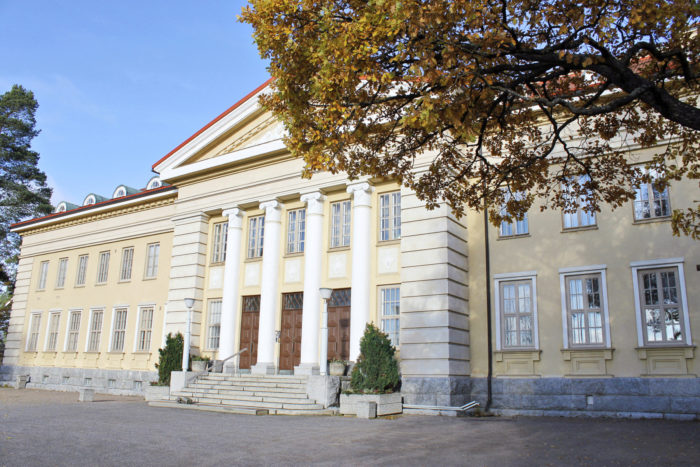 Mänttä, about 230 kilometres (140 miles) north of Helsinki, is a former forest industry town that has made a full transformation into a happening arts community. Built in 1920, Mänttä Club provides lodgings that more than hint at the town’s historical prosperity. In fact, forest industry bigwigs used to host lavish parties right here. 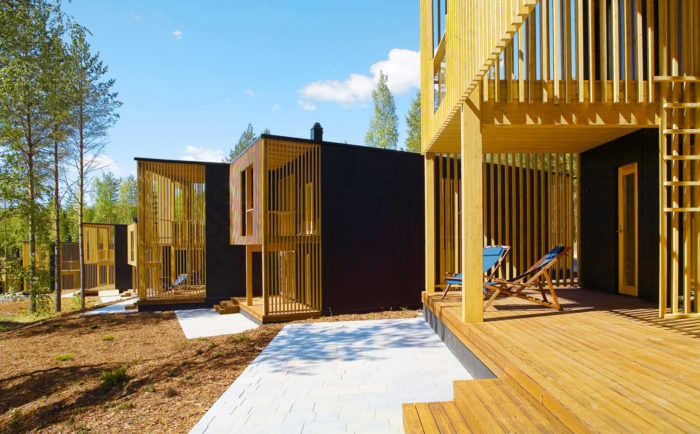 Lake Saimaa in eastern Finland is the largest body of water in the country, and the Art & Design Villas at Anttolanhovi are just 70 metres (230 feet) from the shoreline. Designed by Timo Leiviskä, the villas are semidetached houses that can be combined into a five-bedroom villa.

Do as the Romanovs did 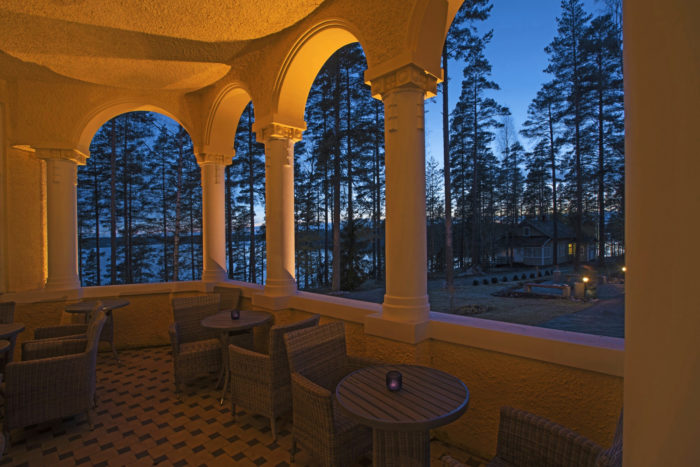 Built in 1912, Hotel Rantalinna is a castle that boasts true Art Deco flair. Situated 25 kilometres (15 miles) north of Imatra, a town near the Russian border, the building used to belong to Prince Alexander Oldenburg, a member of the Romanov family. Now that’s what we call a royal vacation. 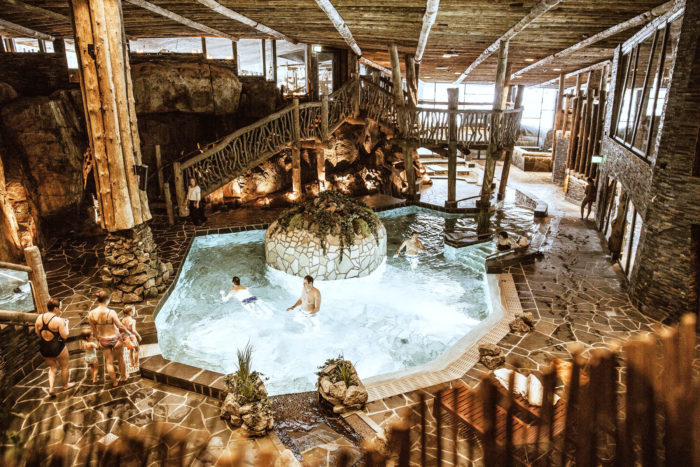 Use of old wood and stone as core materials creates an atmosphere that is both authentic and warm. This formula for success sure works for Hotel & Spa Resort Järvisydän, located near Lake Saimaa and Linnansaari National Park in eastern Finland. 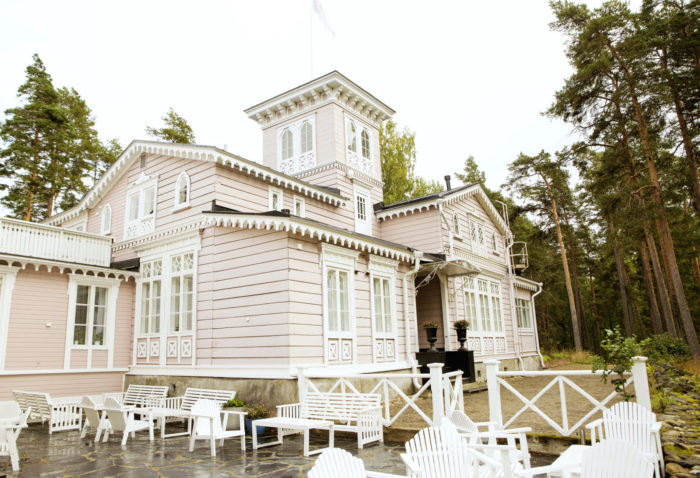 Starting out in 1845 as a forester’s house where travellers could stay, Hotel Punkaharju eventually blossomed into a hotel where presidents and government ministers have held meetings. The stunning scenery – considered by some to be the most beautiful in Finland – probably has something to do with the appeal of the place. Punkaharju is located close to the Russian border, and is also near Savonlinna, home of the world-famous Savonlinna Opera Festival.

You can’t beat a tree house 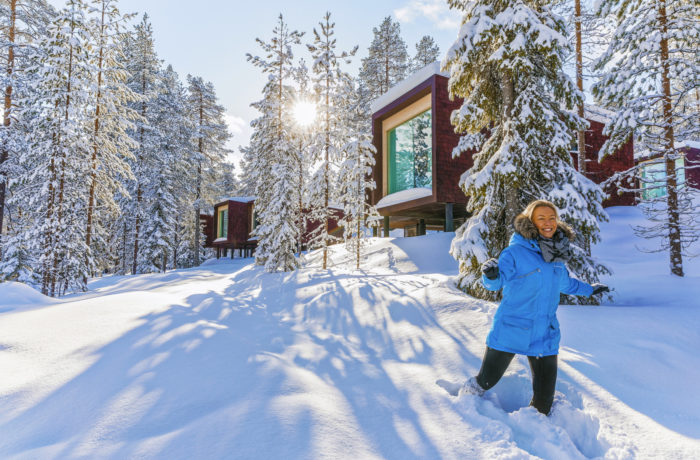 Santa Claus lives in northern Finland. For those itching for a glimpse of Father Christmas, Arctic Treehouse Hotel, just outside the city of Rovaniemi, is a solid choice with its spectacular views over the treetops. It is located on the Arctic Circle, and Santa maintains a workshop just up the road.

A group of leading travel bloggers tour Finland to discover the country’s most exciting activities and cuisine.