This band exudes beauty, glamour and that touch of confidence found in people who are doing something they really like. They are The Dø, and they’re sweeping Europe with their captivating indie pop.

Dan Levy and Olivia Bouyssou Merilahti form an attractive couple on and off stage. They look as if they have walked out of a script for a romantic comedy set in the streets of Paris. They radiate beauty, glamour and confidence, not to mention success. In their case, music is their passion – they are the duo called The Dø, whose first album A Mouthful (2008) reached the top of the sales charts in France, an unusual achievement considering that they sing almost exclusively in English.

“We devote most of our time to music!” says Merilahti, when she is asked about other interests. “It’s our life,” adds Levy. “On holiday we’re always composing or listening to music, or reading books.”

With captivating indie pop that is also winning them a mass following in Finland (Merilahti’s mother is Finnish and her father French), the band is facing the challenge of keeping up their standards on their second album, Both Ways Open Jaws, out this year.

“The pressure comes more from the record companies, which are usually afraid of not selling so many after the success of the first album,” says Levy. “For us it’s not so difficult. You’ve already got the experience from the first album. We wanted to be completely free while working on the second one and we’ve managed it. We’re very pleased with the result.” 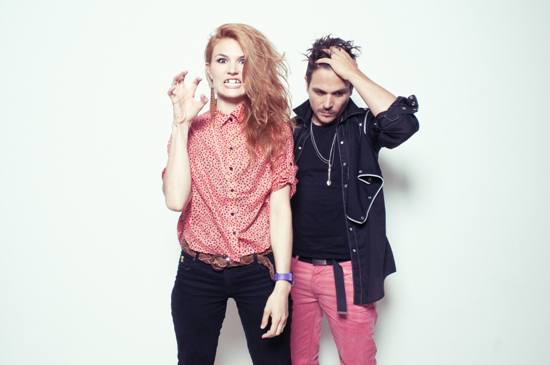 The couple decided to form a band after working together on the soundtrack of the film Empire of the Wolves. It was musical love at first sight. “I think we learn a lot from each other,” says Merilahti. “We complement one another very well. For example, Dan didn’t know much about pop or soul music and I’ve learned things about other styles, like jazz.”

The two are not afraid of experimenting and rediscovering themselves. A good example of this is the re-release of their second album in October 2011, with six new added tracks recorded during the summer accompanied by other musicians after they learned from their live experiences.

As Merilahti puts it, “The two of us are used to working alone on our music. We form a good team and we like those dynamics but, as an exception, it has been a fantastic experience working with other musicians.” 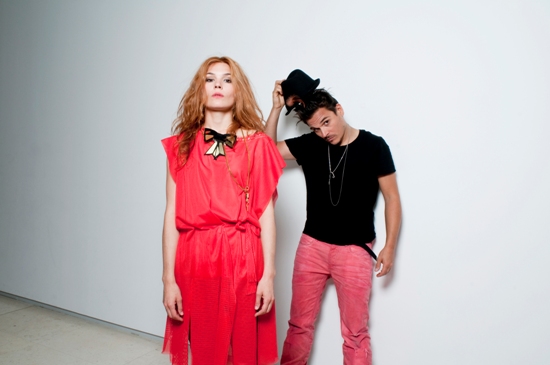 Although The Dø has ties to Finland and France, Merilahti and Levy sing most of their songs in English. Photo: Gregg Brehin

Inevitably, Finland and its culture and nature also affect the duo’s work. For Merilahti particularly, with the band based in France for most of the year, visits to Finland are particularly emotional: “Let’s say that on one hand I don’t feel completely at home, but on the other hand, I am at home. It’s an important part of my identity. My mother was always very careful to see that I knew Finland and spoke the language, and I am close to my family.”

Levy praises Finland’s peaceful virtues: “In one way or another, while composing or while playing at concerts and festivals, we’re always surrounded by noise. Sometimes we need silence and we’ve found perfect silence here, in Finland. We come often – the countryside is fantastic. We love spending time at the country house Olivia’s family has near Uusikaupunki. We’ve seriously thought that it might be an ideal environment for recording our next album.”

And, between relaxed sauna sessions and swimming in the lakes in the Finnish forests, the band keeps going. A forthcoming tour will take them to Europe, America and Australia over the next year. Bon voyage!