Finnish tango music supergroup Tango-orkesteri Unto celebrated its 15th anniversary with concerts in the US and Europe.

For more than a century, Finns have been creating their own idiosyncratic tango music. The supergroup Tango-orkesteri Unto serves up a fluid blend of classic and contemporary, folksy and intellectual.

Finland’s first tango was performed on February 7, 1913 at the Apollo Theatre on Helsinki’s Esplanade, in a building that now houses the Ministry of Justice. The tango has since become an integral Finnish institution.

A century-or-so later, that tradition is most elegantly personified by Tango-orkesteri Unto. The ensemble is composed of six seasoned professionals from different fields of music, each with a list of credits as long as the Esplanade. 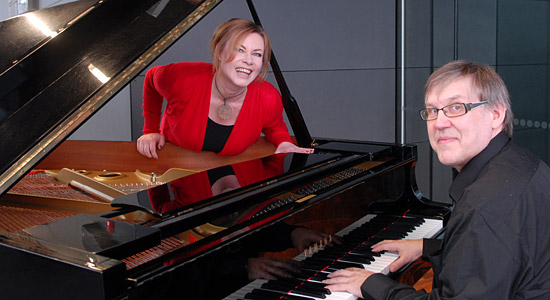 Vocalist Pirjo Aittomäki (left), pianist and arranger Timo Alakotila and four other musicians help make Tango-orkesteri Unto one of the most versatile tango groups around. Photo: Sinimaaria Kangas

“I remember our first concert, at Expo ’98 in Lisbon,” says vivacious vocalist Pirjo Aittomäki over coffee at the Helsinki Music Centre café. “Afterwards a Portuguese guy came up to me and said that this was the most romantic music he’d ever heard.”

Since then, the band has wowed audiences all over Europe. The British label ARC Music has released three albums by the group. Now Unto has new territory in its sights: making a name for themselves in America.

The New World is familiar to the ensemble’s soft-spoken pianist and arranger, Timo Alakotila, a teacher at the Sibelius Academy. He has toured the US with folk bands JPP and Troka, which also included Unto’s violinist Mauno Järvelä and accordionist Johanna Juhola respectively. Just a couple of weeks before Unto’s debut, a nervous Troka appeared on Garrison Keillor’s legendary Minnesota-based radio show A Prairie Home Companion.

Aittomäki, meanwhile, has toured the world with British choral-pop band Adiemus and starred in musicals such as Les Misérables. With this background, she knows how to belt a song out of the ballpark when needed – or how to turn it into an intimate, suspended moment.

That range of expression plays an essential role in the breadth of material Unto tackles, including classics from the golden age of Finnish tango and originals that bring that tradition firmly into the 21st century. 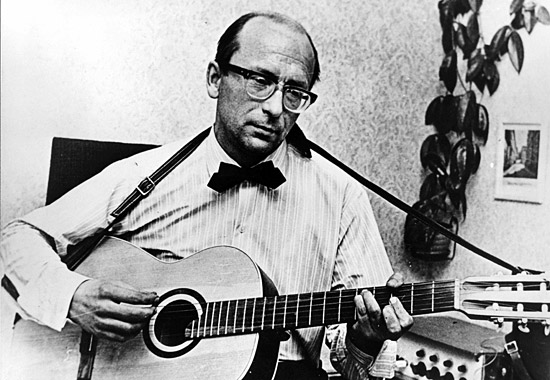 Tango-orkesteri Unto takes its name from Unto Mononen, a composer active during the golden age of Finnish tango in the mid-1900s. Photo: Lehtikuva

The golden age of Finnish tango in the 1940s to ’60s was dominated by composers Toivo Kärki and Unto Mononen, who lent the band its name.

“Since the beginning, we’ve done traditional tangos but made them sound modern,” says Alakotila. “A great song can stand up to being interpreted in different styles and generations. Mononen and Kärki both wrote timeless melodies that are at the level of the classic Argentinean tangos – at least! You can really hear the passion and the melancholy.”

The way they play this music is elegant, mature and acoustic – far from the slick commercial style popular at the Seinäjoki Tango Festival and on Baltic cruise ships.

“I don’t consider it as being arty, though,” says Aittomäki, “because these poems are very down-to-earth. But they’re something more. I don’t want to say deeper, but poetry uses different words than standard pop lyrics.” 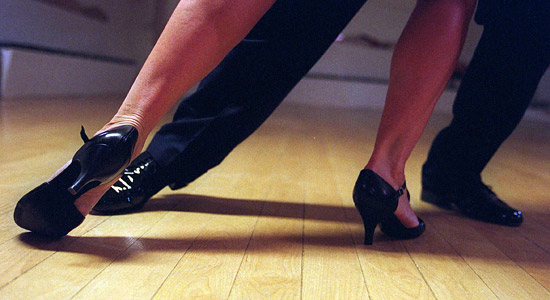 At a Tango-orkesteri Unto concert, you may find yourself swaying, tapping your toes or even dancing. Photo: Riku Isohella/Lehtikuva

Unto offers the sound of six virtuoso musicians at the top of their game, among the cream of Finland’s musicians from many genres.

What makes them swing then? A secret ingredient? It may have more to do with the absence of something: drums.

“That makes us very flexible with the rhythm,” says Aittomäki. “It’s more passionate than the traditional Finnish way of playing tango, which is very straight, a bit more stiff.”

Rather than drums, Unto relies on syncopated rhythms set by bassist Hannu Rantanen (of world-music band Värttinä) and guitarist and mandolinist Petri Hakala, veteran of countless groups drawing on Finnish, Irish and American folk.

Still, while this music makes you think and dream, you may well also find yourself swaying and tapping your toes.