What’s up with the “True Finns” party?

What on earth is happening in Finland?, asks Kyösti Karvonen, and puts the “True Finns” party’s election gain in context.

When the results from parliamentary elections started to roll in on April 17, Europe-at-large was taken aback: What on earth is happening in Finland, known for its mostly underwhelming political news?, asks Kyösti Karvonen, managing editor of the newspaper Kaleva.

The point in question is a party with a funny-sounding name, the “True Finns,” with its firebrand chairman Timo Soini, an avid fan of British soccer club Millwall FC and a Roman Catholic in a mainly Lutheran country.

In international election coverage, the party has been called far-right, xenophobic, populist, anti-EU, anti-Islam and racist.

I’ve covered the “True Finns” party and its predecessor, the Finnish Rural Party, since the early 1980s. Over all those years, it has been mission impossible to pin it down on the political map. However, it is easier to overrate than to downplay the party’s essence. 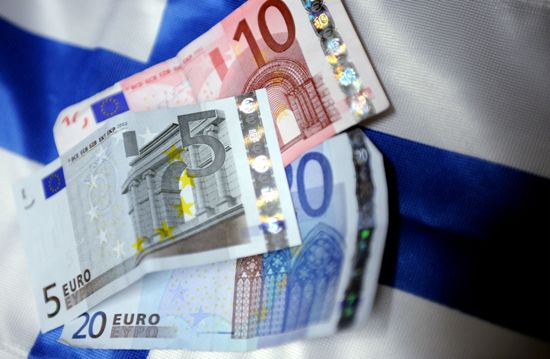 The safest bet, at least at first, is to call the “True Finns” populist. They can also be categorised as EU-critical and as a party that stands for tighter immigration rules. To be sure, individual extremist voices are often heard from the party’s rank-and-file.

There are deeper currents in the Finnish psyche where the party has recently managed to strike a chord. Being a Finn ultimately entails suspicion of, or even detest for, the powers-that-be. The social protest that materialised in the ballot boxes was, to name a few ingredients, a cocktail of EU bailout funds, election financing scandal and an extremely unpopular law that forces the Finns to build expensive sewage systems for their beloved summer cottages.

Soini himself has called the “True Finns” a “working-class party without socialism.” There is definitely something to that. When the leading Finnish daily Helsingin Sanomat asked the candidates a set of questions, the answers of the “True Finns” and the Social Democrats stood closest to each other, out of all the parties.

Afraid of being trampled 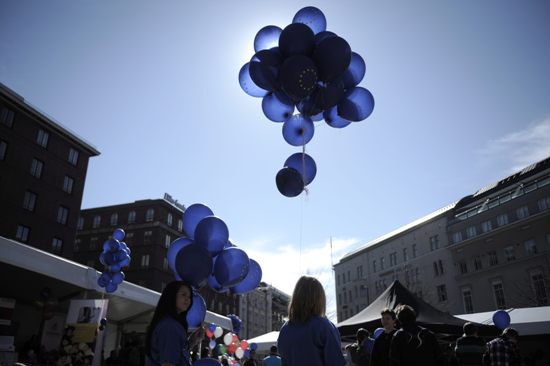 The “True Finns” did not come out of the blue. The party has existed for more than 50 years – though previously under two other names.

The “True Finns” have rocked the Finnish political scene before, though they were called the Finnish Rural Party back then. That happened in the early 1970s and in 1983. On both occasions, the party either disintegrated soon after due to internal squabbles or took a nosedive after a spectacular showing in the elections.

The party platform has never been rich in content, but most often it has been chaired by a leader with political talent, charisma and good oratory with witty sound bites.

Soini, 48, fulfills that description to the letter. He holds a masters degree in social sciences and rather fittingly did his thesis on populism.

Soini, in an oracular fashion, wrote in his autobiography in 2008 that “a populist leader often comes to the scene when social modernisation and structural change constitute a threat. The populist electorate is made of people afraid of being trampled upon.”

From peasants to Parliament 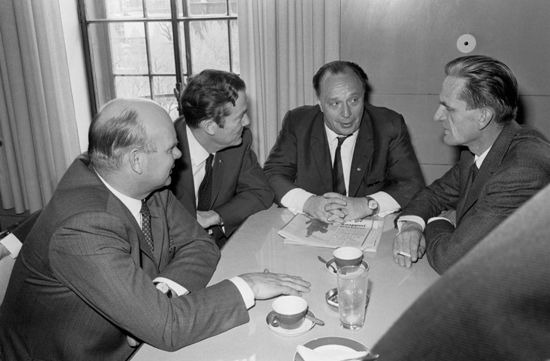 Soini learnt the trade working in the party under the rocky leadership of the late Veikko Vennamo, the founder of the two preceding incarnations (the Small Peasants’ Party of Finland in 1959 and the Finnish Rural Party in 1966). Vennamo’s trademark was fiery oratory; once he was even carried off of the parliamentary podium when he exceeded a time limit.

Vennamo founded the party in the late 1950s after he resigned from the what is now the Centre Party following a bitter fight with Urho Kekkonen, who went on to serve as president of Finland from 1956 to 1982.

After the Second World War, Vennamo formed a key figure when evacuees from Karelia, the eastern Finnish region annexed by the Soviet Union, were resettled in Finland. It is widely considered that Finland avoided post-war social upheaval thanks in part to the resettlement.

The ups and downs started in 1970, when the party snatched 18 seats in the 200-member Parliament. The party soon split and disappeared into political oblivion before making a comeback in the 1983 elections. The party entered a coalition government for the first time in its history, then gradually fell back again into the political wilderness.