Some Finnish and Sámi words have been adopted by English speakers. The term tundra, meaning a treeless area in an arctic region, has its origins in the languages used by Lapland’s indigenous Sámi people.

We visit the Finnish Language Office, the academic authority Finns contact for linguistic advice, to find out how words like pankki (bank) and sormitietokone (“finger-data-machine,” meaning “tablet computer”) become part of the Finnish language.

In an office overlooking Helsinki’s Kaisaniemi Park, a group of expert linguists are having a heated debate over coffee, about whether the short forms of Finnish political party names should be written with a capital letter. Another focus of the discussion is a whiteboard containing a list of phrases that have attracted their attention in the media.

This coffee room is a nerve centre of the Institute for the Languages of Finland, a national centre for linguistic studies of Finnish, Swedish, Sámi languages, as well as Finnish Romany and Finnish Sign Language. Anyone wanting professional advice on how to use Finnish correctly can call the hotline of the institute’s Language Planning Department, better known to Finns as Kielitoimisto (the Language Office). 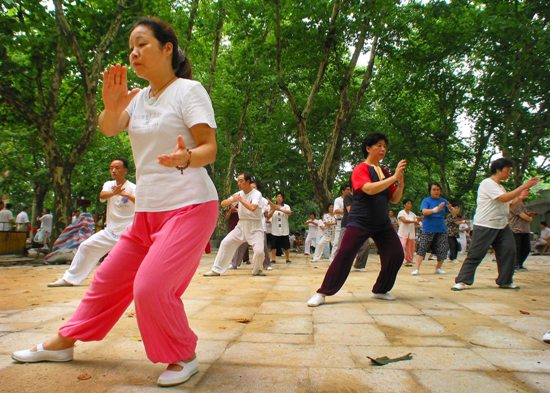 Tai chi is a word recently imported to Finland from Asia.Photo: AP / Lehtikuva

Linguistic expert Riitta Eronen holds a position that does not exist in many countries, as part of a team of academics who advise people how they should use their own language. “It’s actually a myth that we decide whether a new word is correct Finnish as such, since we invariably find words through users who have already adopted them,” she says. “But we do recommend how new words can be adapted and used logically in Finnish so that everyone will understand them.”

Eronen believes that Finnish must adopt new words from other cultures to thrive in today’s globalised world: “We don’t follow any old-fashioned idea of trying to keep Finnish ‘pure’ by keeping out external influences. This would leave the language artificially isolated.”

She explains that surprisingly few words originating from the ancestral Fenno-Ugric language remain in modern Finnish. Throughout Finland’s chequered history, words have been absorbed from the languages of rulers or dominant cultures, including Nordic, Germanic, Baltic and Slavic languages, and today English – though a wave of recent Asian imports such including manga, tsunami and tai chi is also discernible. “It’s amazing how multicultural young Finnish speakers are today, especially in urban areas, speaking creatively by adopting and adapting words from different sources,” says Eronen. 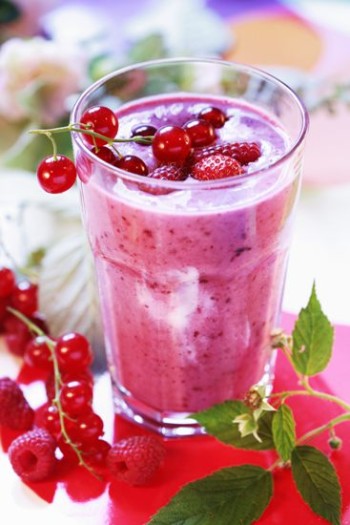 Smoothies were meant to be called pehmelö, but the word failed to catch on.Photo: Dorota i Bogdan Bialy/Stockfood/Lehtikuva

Words borrowed from other languages are often altered to make them easier for Finnish speakers to pronounce. Harmonious vowels may be added to the end of loanwords – most often “i.” Consonants are often doubled, as in hattu, meaning hat. Finnish seldom uses the letters b, c, d, f and g; many loanwords use the nearest Finnish equivalents p; k or s; t; v; and k, respectively. Such processes take Finnish speakers from “bank” to pankki, in three easy stages.

By applying such logic backwards, you may be able to work out what the following initially unfathomable loanwords mean, even if you speak no Finnish (answers at the end of the article):

Familiar words may also be given inscrutable Finnish spellings and endings, such as liisaus (leasing), brändätä (to brand a product) and downshiftata. To confuse things further, Finnish speakers faced with tongue-twisting consonant clusters like “str-” may simply leave out the first letters. Ranta, meaning “beach,” is derived from a Swedish word that also exists in English: strand.

Sometimes morphed words like telefooni/telehvooni and kompuutteri fail to catch on, and Finns instead come up with their own words like puhelin (speaking-device) and tietokone (knowledge-machine). The Language Office is often asked to approve words that have been devised logically or creatively, or chosen through competitions. Recent examples include kännykkä (mobile phone), pehmelö (smoothie-drink) and sormitietokone (finger-computer). 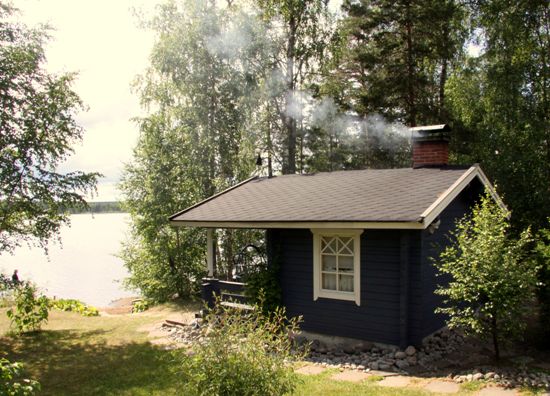 “Sauna” is, without a doubt, the most famous Finnish word, and has made its way around the world. In our humble opinion, the best saunas are still found along the seashores and lakesides of Finland.Photo: Johanna Vuonokari/Lehtikuva

As new words and expressions become established, they are added by the Language Office to the New Dictionary of Modern Finnish. This “official” dictionary contains almost 100,000 entries and is updated regularly. “Ultimately, however, the language is not shaped by us here in the office, but by everyone out there who is creatively using it,” adds Eronen.

Linguistic integration is of course a two-way process. Several words originating in Finnish and Sámi are in use in English today, including – most famously – sauna, but also rapakivi (a granitic rock type), aapa (a kind of arctic bog), tundra and the ironic expression “Molotov cocktail” devised by Finnish soldiers for their Soviet enemies during the Winter War of 1939–40.