The true Santa Claus makes a tradition of travelling from Finnish Lapland to visit downtown Helsinki every year at the start of the Christmas season.

During her time living in America, a Finnish journalist gets philosophical while looking for the true home of Santa.

Less than 48 hours into November, my neighbourhood shopping mall in northern New Jersey replaces the pumpkins and polyester cobwebs of the Halloween season with ubiquitous rows of hanging twinkle lights. In the middle of the mall stands the centrepiece of commercial Christmas: a golden armchair surrounded by plastic pine trees, oversized gift boxes and stuffed reindeer dressed in two-piece suits.

[In a regular, non-coronavirus year,] “Mall Santa” occupies this throne and listens to the Christmas wishes of local children. For most, sitting in Mall Santa’s lap for a few fleeting minutes will be the extent of their contact with the personification of modern Christmas.

Scenes like this may give American Christmas its materialistic image, but they also reflect a characteristically mythical aspect of the local Santa. Travelling from the uninhabitable North Pole, as the American story has it, and delivering his gifts under the cover of the night, Claus is hardly a tangible figure in the US.

In Finland, however, reindeer are as real as cows or horses, and children don’t just recite their wishes to Santa Claus. He has a real-life address that receives mail and welcomes tourists. Instead of sneaking in through the chimney and leaving cookie crumbs as evidence of his visit, Santa knocks on doors and hands his presents to children in person. The realism of the Finnish Claus allows Finland to stand by its status as a Christmas capital.

No reindeer at the North Pole 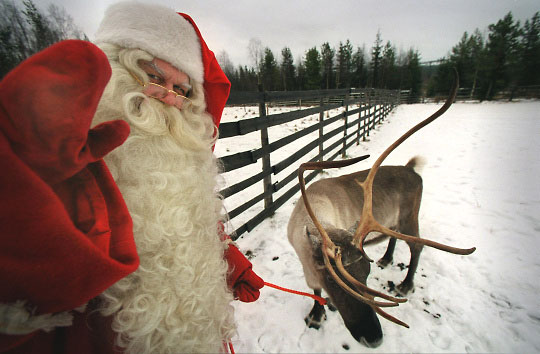 Finland didn’t claim itself as Santa’s country of residence until 1927, when radio personality Markus Rautio declared Korvatunturi, a mountain in the Finnish far north, to be Santa’s home. His official postal address has since moved to Rovaniemi, a city just a couple kilometres from the Arctic Circle, but these days Santa Claus offers a marketable face for Finnish tourism. During a typical winter in a time of no travel restrictions, hundreds of thousands of European and Asian visitors flock to Finnish Lapland, with total overnight stays in the region surpassing three million.

“As far as Santa Claus living in Finland, we can stand behind a few facts,” says Ilkka Länkinen, founder and CEO of Rovaniemi-based Pro Santa, a company that sends trained Santa Clauses around the world and is home to the Christmas village Joulukka. “Finnish is the only language in the world that has named the month of December after Christmas,” he notes. “Joulukuu literally translates to ‘Christmas month’. And even though Santa might keep an office at the North Pole, he can’t live there, because reindeer can’t survive there. In Lapland, they can make it through the winter.”

“The fact that we have a real Santa Claus workshop and a real Santa Claus whom tourists can meet year-round is important,” says Tommi Lappalainen, CEO of Santa Television, which markets Santa Claus multimedia items and offers a live webcam into Santa’s village in Rovaniemi during December. 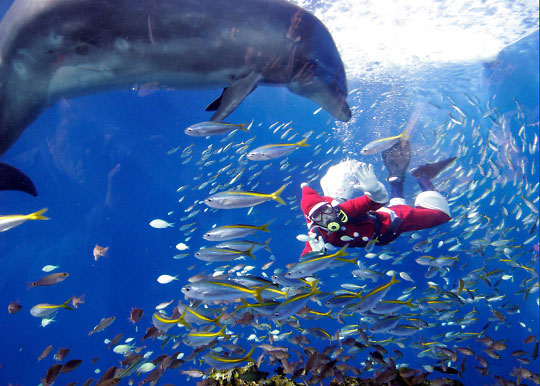 In a normal year, guests from Asia and all over Europe take chartered flights to Santa Claus’s digs in Rovaniemi. However, the US holds firmly to its North Pole theory. In a manner of speaking, that may be the ideal location for the American Santa Claus. For a character so strictly rooted in symbolism and magic, the least habitable place on earth is a fitting address.

And the Finnish Claus – the real one who cushions his wooden sleigh with animal skins and steers his living, breathing flock of reindeer through a frozen landscape – may be a different character altogether.