Seaside real estate: A bay and several islands are visible behind Google’s data centre, located in a former paper mill outside Hamina, Finland. The facility utilises seawater in its cooling system.

What if this is such a great article that you send a link to your friends? When they read that message, they might be using the very services this story mentions: data centres in Finland.

Data centres are facilities that house large quantities of computing, networking and data storage equipment. They can power websites, run email, provide cloud storage or enable ecommerce. They could be as simple as a room full of servers, but often when people speak of data centres they mean big, industrial-scale buildings dedicated solely to the job.

Finland, it turns out, is an excellent place for data centres. 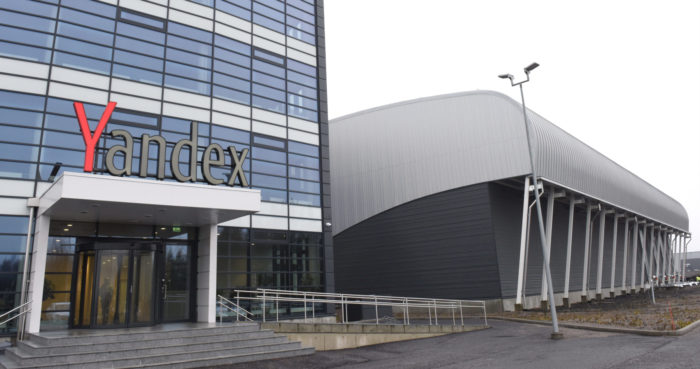 Ari Kurvi is the manager of the Yandex data centre in Mäntsälä, about 60 kilometres (35 miles) north of Helsinki. Often called the Google of Russia, Yandex is a Russian multinational company that specialises in online services for consumers. It has six data centres in Russia and one in Finland. The latter has been running since 2015.

“Finland is a good place to put a data centre because we have socioeconomic and government stability,” Kurvi says. “Energy costs and reliability are extremely good. Finland has an educated workforce, and there are good communication channels to the authorities.”

There’s also another benefit: Finland’s weather. Computers generate a lot of heat, as every gamer knows. Finnish air temperatures, which are cold for much of the year, help cool data centres so they can use less money and energy on air conditioners.

Yandex’s data centre has a roof with a slope and a rounded edge that, viewed in profile, make it resemble a cross-section of an airplane wing. The design helps funnel cool air into the ventilation system.

Viewed from the side, Yandex’s Mäntsälä data centre building resembles a cross-section of an airplane wing.Photo: Heikki Saukkomaa/Lehtikuva

The data centre still generates a great deal of heat, but it doesn’t go to waste. Yandex captures it and directs it into Mäntsälä’s district heating system.

“Heat is a by-product of a data centre,” Kurvi says. “We sell the heat to the local community so they don’t need to generate power and release more CO2 to heat homes. We were the first large data centre to use excess heat like this, but now others are doing it, too.”

Waste heat from the data centre fulfils more than half of Mäntsälä’s heating needs, according to the Finnish innovation fund Sitra. If all new data centres opened or scheduled to open between 2018 and 2025 in all the Nordic countries recovered their heat this way, Sitra estimates that the resulting emissions reductions would be the same as taking 500,000 cars off the road. 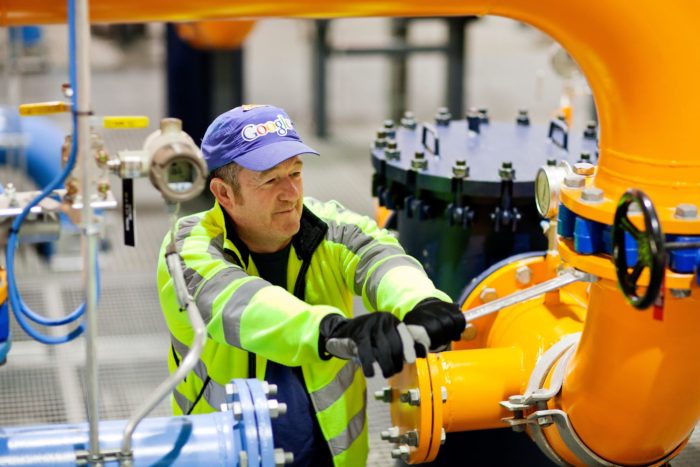 A worker in a Google cap tightens a valve on part of the cooling system at the Hamina data centre.Photo: Google

Finland has about 20 major data centres. Local telecom companies Telia and Elisa maintain some, as do data centre specialist Equinix and cloud service provider Ficolo. Google has 21 data centres around the world, including one in Hamina, on Finland’s southern coast, some 150 kilometres (95 miles) east of the capital. It has been operational since 2011 and later became the home of the company’s Northern Europe cloud region.

Google’s Hamina facility is the largest in the country. While Yandex’s data centre uses about 20 megawatts of power, and Telia’s centre is similar, Google’s is four times as large.

“In selecting sites to host our infrastructure, we look for supportive communities with the necessary resources, including buildings, land, workforce, a choice of power and other utilities including renewable energy supplies,” says Heidi Jern of Google Finland. “In Hamina we found a great community in a great location with existing infrastructure that meets our needs.” 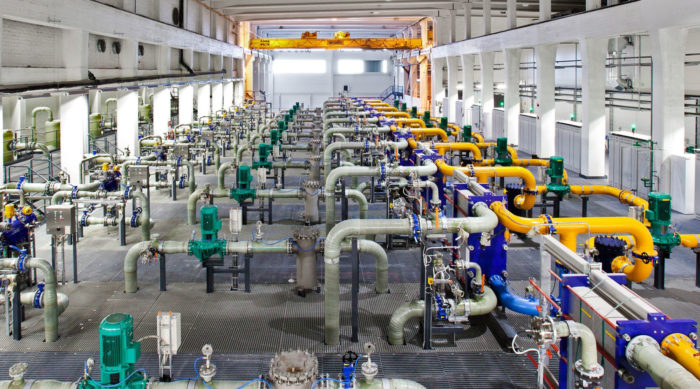 These colourful pipes carry water and form part of the cooling system at Google’s data centre in Hamina.Photo: Google

Google’s location takes a different approach to cooling than Yandex’s Mäntsälä site. The Hamina data centre occupies a former paper mill on the coast and uses seawater for cooling.

“We have been able to reduce energy use through our technologically advanced cooling system, which was the first of its kind anywhere in the world,” Jern says. “Our Hamina data centre serves as a model of sustainability and energy efficiency for all of our data centres.”

Data centres are energy hungry, and Google buys much of the power for Hamina from windfarms. The company’s long-term wind-energy purchase agreements total 440 megawatts and include the total production of several windfarms that are in operation or under development. Google has reportedly signed up for 60 percent of the power from what will be the largest windfarm in Finland. Partially complete at the time of writing, it will comprise a 211-megawatt spread of 41 turbines near Kajaani, about 500 kilometres (310 miles) north of Helsinki. 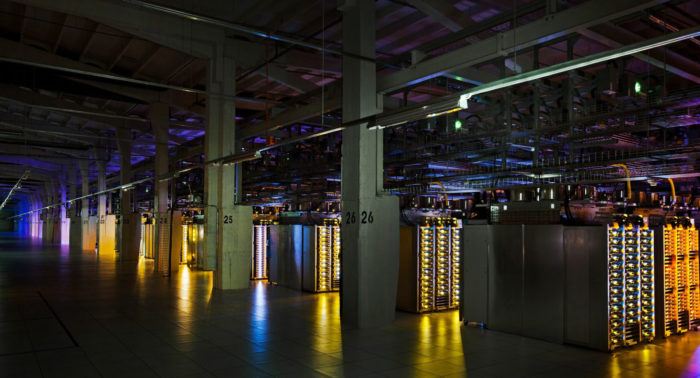 As the world becomes increasingly digital, the demand for data grows. Over time, many of the companies in Finland have expanded their data centres to keep up with demand: Yandex recently doubled its capacity, while Google says its cumulative Hamina-related investments have reached two billion euros.

“I see the world through Finnish blue-and-white glasses [the colours of the Finnish flag], so I am very happy to have our data centre here,” says Yandex’s Kurvi. “We have more space for expansion. I hope that the demand is such that we build more buildings here in the coming years.”

And of course, if and when you share a link to this article, your action may become part of that data centre demand.