The label « functionalism » does not do justice to describing the artistic achievement of architect and designer Alvar Aalto.

Alvar Aalto at work in the 1940s. Photo: Eino Mäkinen 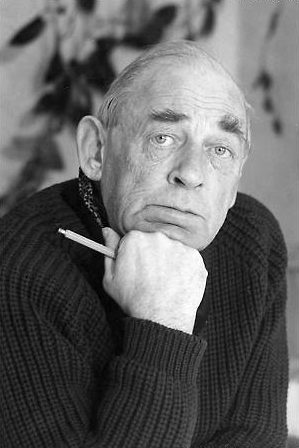 If we accept the theory of design that the form of an article should be determined by its use we have gone some way towards appreciating the work of Finland’s most distinguished architect, Alvar Aalto, but that simple definition of functionalism does not reveal the depth of Aalto’s artistic achievement. Functionalism was a phase in his career, a step on the way to his expression of the organic relationship between man, nature and buildings. It was Aalto’s ability to coordinate those three components that discloses the beauty of his work. Aalto spoke of his art (building art he called it) as a synthesis of life in materialised form.

Alvar Aalto was born in 1898 in the village of Kuortane, situated between the lake country of central Finland and the flat farmlands of the western province of Ostrobothnia. He was the eldest of three children in a family that belonged to the middle class of municipal civil servants. His father was a surveyor. When Aalto was five the family moved to Jyväskylä, a town that will forever be associated with his name. It was to be his home for the next 24 years and contains more of his buildings than any other place in the world. He designed 70 buildings for the town and its surroundings, 37 of which were realised. After leaving school Aalto went on to study at the Helsinki University of Technology where he graduated with a degree in architecture in 1921. Back in Jyväskylä, he opened his first architectural office in 1923. The following year he married architect Aino Marsio. Their honeymoon journey to Italy sealed an intellectual bond with the culture of the Mediterranean region that was to remain important to Aalto for the rest of his life.

In 1927 the Aaltos moved to the southwestern city of Turku to carry out some important commissions and from there to the Finnish capital, Helsinki, in 1933. During his time in Turku Aalto’s most significant design was for the Paimio Sanatorium, a building that quickly elevated him to the status of master of heroic functionalism, a genre that he was soon to walk away from in his pursuit of artistic harmony through a synergy encompassing people, their environment and the buildings in which they live. This perception of organic links between people, nature and buildings matured in the late 1930s when he designed the Villa Mairea, one of the most admired private residences of modern architecture. Aalto’s later masterpieces include the municipal building in Säynätsalo, completed in 1952, and the Vuoksenniska Church (1959).

Alvar Aalto’s work was exceptionally broad in scope, ranging from buildings and town plans to furniture, glassware, jewellery and other forms of art. He was a cosmopolitan whose skills in various languages made travelling abroad and public speaking easy. When he was about to leave home to study in Helsinki his father gave him a piece of advice that was good but perhaps superfluous: « Alvar, always be a gentleman. » His children describe him as a man of even temper who avoided becoming annoyed, a man who was usually able to find a compromise solution when differences arose with clients. His tactfulness and charm would no doubt have resolved the controversy over the marble surfaces of Finlandia Hall, his last great building in Helsinki, an issue that arose nearly twenty years after his death.

Is there an essentially Finnish element in Aalto’s architecture? Many who know Finland’s cultural heritage would see one. They see in his work the same metaphors of nature and the Finnish experience as in the music of Jean Sibelius or the creations of designers such as Wirkkala, Sarpaneva and many others. But Aalto’s importance as an architect goes beyond the borders of his homeland. Like all great art his has the power to evoke feelings and the right to its own place in the world’s cultural heritage.